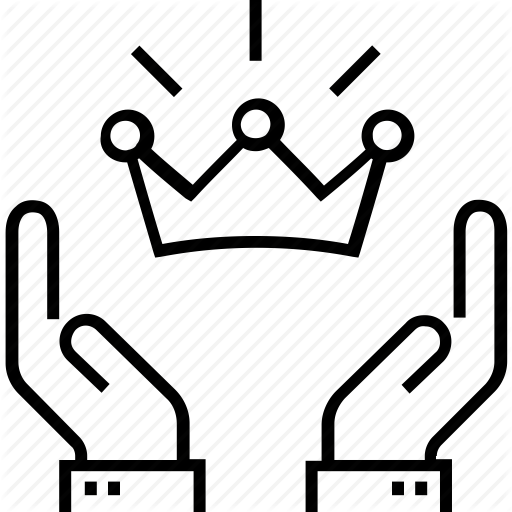 In an economic model, agents have a comparative advantage over others in producing a particular good if they can produce that good at a lower relative opportunity cost or autarky price, i.e. at a lower relative marginal cost prior to trade. Comparative advantage describes the economic reality of the work gains from trade for individuals, firms, or nations, which arise from differences in their factor endowments or technological progress. (One should not compare the monetary costs of production or even the resource costs (labor needed per unit of output) of production. Instead, one must compare the opportunity costs of producing goods across countries.) The law or principle of comparative advantage holds that under free trade, an agent will produce more of and consume less of a good for which they have a comparative advantage. 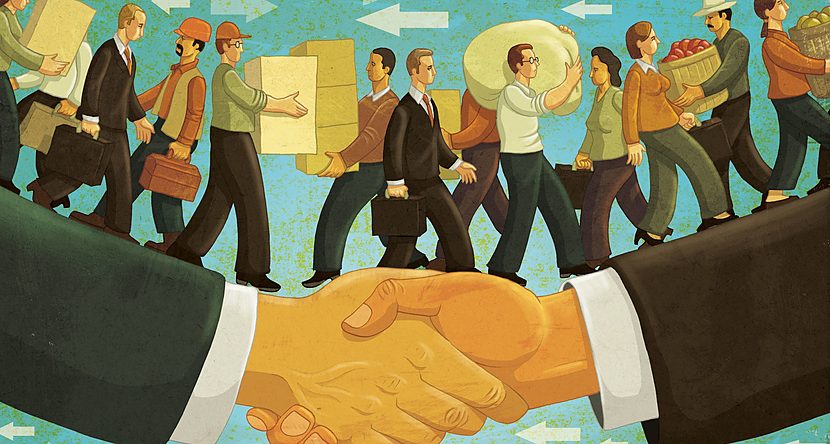 David Ricardo developed the classical theory of comparative advantage in 1817 to explain why countries engage in international trade even when one country’s workers are more efficient at producing every single good than workers in other countries. He demonstrated that if two countries capable of producing two commodities engage in the free market, then each country will increase its overall consumption by exporting the good for which it has a comparative advantage while importing the other good, provided that there exist differences in labor productivity between both countries. Widely regarded as one of the most powerful yet counter-intuitive insights in economics, Ricardo’s theory implies that comparative advantage rather than absolute advantage is responsible for much of international trade.

One of the most important concepts in economic theory, comparative advantage is a fundamental tenet of the argument that all actors, at all times, can mutually benefit from cooperation and voluntary trade. It is also a foundational principle in the theory of international trade.

Comparative advantage is a key insight that trade will still occur even if one country as an absolute advantage in all products.

Adam Smith first alluded to the concept of absolute advantage as the basis for international trade in 1776, in The Wealth of Nations:

If a foreign country can supply us with a commodity cheaper than we ourselves can make it, better buy it off them with some part of the produce of our own industry employed in a way in which we have some advantage. The general industry of the country, being always in proportion to the capital which employs it, will not thereby be diminished […] but only left to find out the way in which it can be employed with the greatest advantage.

Writing several decades after Smith in 1808, Robert Torrens articulated a preliminary definition of comparative advantage as the loss from the closing of trade:

If I wish to know the extent of the advantage, which arises to England, from her giving France a hundred pounds of broadcloth, in exchange for a hundred pounds of lace, I take the quantity of lace which she has acquired by this transaction, and compare it with the quantity which she might, at the same expense of labour and capital, have acquired by manufacturing it at home. The lace that remains, beyond what the labour and capital employed on the cloth, might have fabricated at home, is the amount of the advantage which England derives from the exchange.

In 1817, David Ricardo published what has since become known as the theory of comparative advantage in his book On the Principles of Political Economy and Taxation. 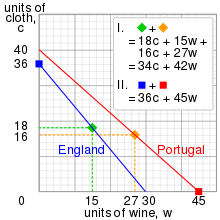 In a famous example, Ricardo considers a world economy consisting of two countries, Portugal and England, each producing two goods of identical quality. In Portugal, the a priori more efficient country, it is possible to produce wine and cloth with less labor than it would take to produce the same quantities in England. However, the relative costs of producing those two goods differ between the countries.

In the absence of trade, England requires 220 hours of work to both produce and consume one unit each of cloth and wine while Portugal requires 170 hours of work to produce and consume the same quantities. England is more efficient at producing cloth than wine, and Portugal is more efficient at producing wine than cloth. So, if each country specializes in the good for which it has a comparative advantage, then the global production of both goods increases, for England can spend 220 labor hours to produce 2.2 units of cloth while Portugal can spend 170 hours to produce 2.125 units of wine. Moreover, if both countries specialize in the above manner and England trades a unit of its cloth for 5/6 to 9/8 units of Portugal’s wine, then both countries can consume at least a unit each of cloth and wine, with 0 to 0.2 units of cloth and 0 to 0.125 units of wine remaining in each respective country to be consumed or exported. Consequently, both England and Portugal can consume more wine and cloth under free trade than in autarky.

To see the difference, consider an attorney and her secretary. The attorney is better at producing legal services than the secretary and is also a faster typist and organizer. In this case, the attorney has an absolute advantage in both the production of legal services and secretarial work.

To produce $25 in income from secretarial work, the attorney must lose $175 in income by not practicing law. Her opportunity cost of secretarial work is high. She is better off by producing an hour’s worth of legal services and hiring the secretary to type and organize. The secretary is much better off typing and organizing for the attorney; his opportunity cost of doing so is low. It’s where his comparative advantage lies.

A competitive advantage refers to a company, economy, country, or individual’s ability to provide a stronger value to consumers as compared with its competitors. It is similar to but distinct from comparative advantage.

In order to assume a competitive advantage over others in the same field or area, it’s necessary to accomplish at least one of three things: the company should be the low-cost provider of its goods or services, it should offer superior goods or services than its competitors, and/or it should focus on a particular segment of the consumer pool.

David Ricardo famously showed how England and Portugal both benefit by specializing and trading according to their comparative advantages. In this case, Portugal was able to make wine at a low cost, while England was able to cheaply manufacture cloth. Ricardo predicted that each country would eventually recognize these facts and stop attempting to make the product that was more costly to generate.

Indeed, as time went on, England stopped producing wine, and Portugal stopped manufacturing cloth. Both countries saw that it was to their advantage to stop their efforts at producing these items at home and, instead, to trade with each other in order to acquire them.

A contemporary example: China’s comparative advantage with the United States is in the form of cheap labor. Chinese workers produce simple consumer goods at a much lower opportunity cost. The United States’ comparative advantage is in specialized, capital-intensive labor. American workers produce sophisticated goods or investment opportunities at lower opportunity costs. Specializing and trading along these lines benefit each.

If a country removes itself from an international trade agreement, if a government imposes tariffs, and so on, it may produce a local benefit in the form of new jobs and industry. However, this is not a long-term solution to a trade problem. Eventually, that country will be at a disadvantage relative to its neighbors: countries that were already better able to produce these items at a lower opportunity cost.

Why doesn’t the world have open trading between countries? When there is free trade, why do some countries remain poor at the expense of others? Perhaps comparative advantage does not work as suggested. There are many reasons this could be the case, but the most influential is something that economists call rent-seeking. Rent-seeking occurs when one group organizes and lobbies the government to protect its interests.

Say, for example, the producers of American shoes understand and agree with the free-trade argument—but they also know that their narrow interests would be negatively impacted by cheaper foreign shoes. Even if laborers would be most productive by switching from making shoes to making computers, nobody in the shoe industry wants to lose his or her job or see profits decrease in the short run.

This desire leads the shoemakers to lobby for, say, special tax breaks for their products and/or extra duties (or even outright bans) on foreign footwear. Appeals to save American jobs and preserve a time-honored American craft abound—even though, in the long run, American laborers would be made relatively less productive and American consumers relatively poorer by such protectionist tactics.