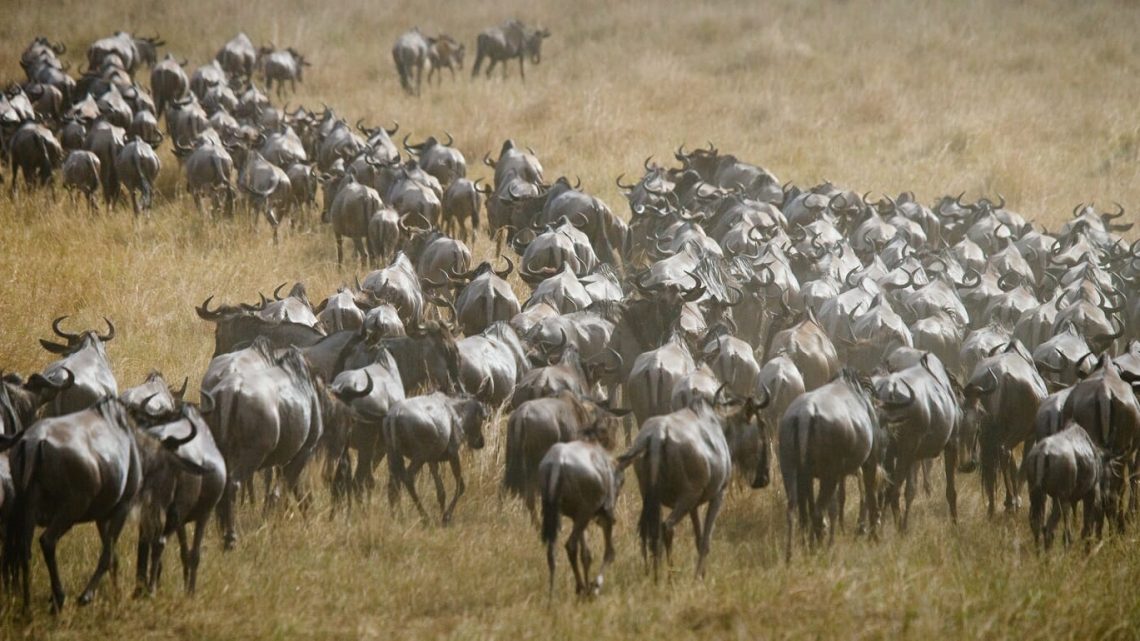 Herd behavior is the behavior of individuals in a group acting collectively without centralized direction. Herd behavior occurs in animals in herds, packs, bird flocks, fish schools and so on, as well as in humans. Voting, Demonstrations, riots, general strikes, sporting events, religious gatherings, everyday decision-making, judgement and opinion-forming, are all forms of human based herd behavior.

In markets and economic situations

Currency crises tend to display herding behavior when foreign and domestic investors convert a government’s currency into physical assets (like gold) or foreign currencies when they realize the government is unable to repay its debts. This is called a speculative attack and it will tend to cause moderate inflation in the short term. When consumers realize that the inflation of needed commodities is increasing, they will begin to stockpile and hoard goods, which will accelerate the rate of inflation even faster. This will ultimately crash the currency and likely lead to civil unrest.

Large stock market trends often begin and end with periods of frenzied buying (bubbles) or selling (crashes). Many observers cite these episodes as clear examples of herding behavior that is irrational and driven by emotion—greed in the bubbles, fear in the crashes. Individual investors join the crowd of others in a rush to get in or out of the market.

Some followers of the technical analysis school of investing see the herding behavior of investors as an example of extreme market sentiment. The academic study of behavioral finance has identified herding in the collective irrationality of investors.

There are two strands of work in economic theory that consider why herding occurs and provide frameworks for examining its causes and consequences.

The first of these strands is that on herd behavior in a non-market context. The seminal references are Banerjee (1992) and Bikhchandani, Hirshleifer and Welch (1992), both of which showed that herd behavior may result from private information not publicly shared. More specifically, both of these papers showed that individuals, acting sequentially on the basis of private information and public knowledge about the behavior of others, may end up choosing the socially undesirable option. A large subsequent literature has examined the causes and consequences of such “herds” and information cascades.

The second strands concerns information aggregation in market contexts. A very early reference is the classic paper by Grossman and Stiglitz (1976) that showed that uninformed traders in a market context can become informed through the price in such a way that private information is aggregated correctly and efficiently. Subsequent work has shown that markets may systematically overweight public information; it has also studied the role of strategic trading as an obstacle to efficient information aggregation.

Crowds that gather on behalf of a grievance can involve herding behavior that turns violent, particularly when confronted by an opposing ethnic or racial group.

Sheeple is a derogatory term that highlights the passive herd behavior of people easily controlled by a governing power or market fads which likens them to sheep, a herd animal that is “easily” led about. The term is used to describe those who voluntarily acquiesce to a suggestion without any significant critical analysis or research, in large part due to the majority of a population having a similar mindset. Word Spy defines it as “people who are meek, easily persuaded, and tend to follow the crowd (sheep + people)”. Merriam-Webster defines the term as “people who are docile, compliant, or easily influenced: people likened to sheep”. The word is pluralia tantum, which means it does not have a singular form.

Herding behaviors may occur frequently in everyday decisions based on learning from the information of others, as when a person on the street decides which of two restaurants to dine in. Suppose that both look appealing, but both are empty because it is early evening; so at random, this person chooses restaurant A. Soon a couple walks down the same street in search of a place to eat. They see that restaurant A has customers while B is empty, and choose A on the assumption that having customers makes it the better choice. Because other passersby do the same thing into the evening, restaurant A does more business that night than B. This phenomenon is also referred as an information cascade.

Herd behavior is often a useful tool in marketing and, if used properly, can lead to increases in sales and changes to the structure of society.

In brand and product success

Communications technologies have contributed to the proliferation to consumer choice and “the power of crowds”, Consumers increasingly have more access to opinions and information from both opinion leaders and formers on platforms that have largely user-generated content, and thus have more tools with which to complete any decision-making process. Popularity is seen as an indication of better quality, and consumers will use the opinions of others posted on these platforms as a powerful compass to guide them towards products and brands that align with their preconceptions and the decisions of others in their peer groups. Taking into account differences in needs and their position in the socialization process, Lessig & Park examined groups of students and housewives and the influence that these reference groups have on one another. By way of herd mentality, students tended to encourage each other towards beer, hamburger and cigarettes, whilst housewives tended to encourage each other towards furniture and detergent. Whilst this particular study was done in 1977, one cannot discount its findings in today’s society. A study done by Burke, Leykin, Li and Zhang in 2014 on the social influence on shopper behavior shows that shoppers are influenced by direct interactions with companions, and as a group size grows, herd behaviour becomes more apparent. Discussions that create excitement and interest have greater impact on touch frequency and purchase likelihood grows with greater involvement caused by a large group. Shoppers in this Midwestern American shopping outlet were monitored and their purchases noted, and it was found up to a point, potential customers preferred to be in stores which had moderate levels of traffic. The other people in the store not only served as company, but also provided an inference point on which potential customers could model their behavior and make purchase decisions, as with any reference group or community.

Social media can also be a powerful tool in perpetuating herd behaviour. Its immeasurable amount of user-generated content serves as a platform for opinion leaders to take the stage and influence purchase decisions, and recommendations from peers and evidence of positive online experience all serve to help consumers make purchasing decisions. Gunawan and Huarng’s 2015 study concluded that social influence is essential in framing attitudes towards brands, which in turn leads to purchase intention. Influencers form norms which their peers are found to follow, and targeting extroverted personalities increases chances of purchase even further. This is because the stronger personalities tend to be more engaged on consumer platforms and thus spread word of mouth information more efficiently. Many brands have begun to realise the importance of brand ambassadors and influencers, and it is being shown more clearly that herd behaviour can be used to drive sales and profits exponentially in favour of any brand through examination of these instances.

Marketing can easily transcend beyond commercial roots, in that it can be used to encourage action to do with health, environmentalism and general society. Herd mentality often takes a front seat when it comes to social marketing, paving the way for campaigns such as Earth Day, and the variety of anti-smoking and anti-obesity campaigns seen in every country. Within cultures and communities, marketers must aim to influence opinion leaders who in turn influence each other, as it is the herd mentality of any group of people that ensures a social campaign’s success. A campaign run by Som la Pera in Spain to combat teenage obesity found that campaigns run in schools are more effective due to influence of teachers and peers, and students’ high visibility, and their interaction with one another. Opinion leaders in schools created the logo and branding for the campaign, built content for social media and led in-school presentations to engage audience interaction. It was thus concluded that the success of the campaign was rooted in the fact that its means of communication was the audience itself, giving the target audience a sense of ownership and empowerment. As mentioned previously, students exert a high level of influence over one another, and by encouraging stronger personalities to lead opinions, the organizers of the campaign were able to secure the attention of other students who identified with the reference group.